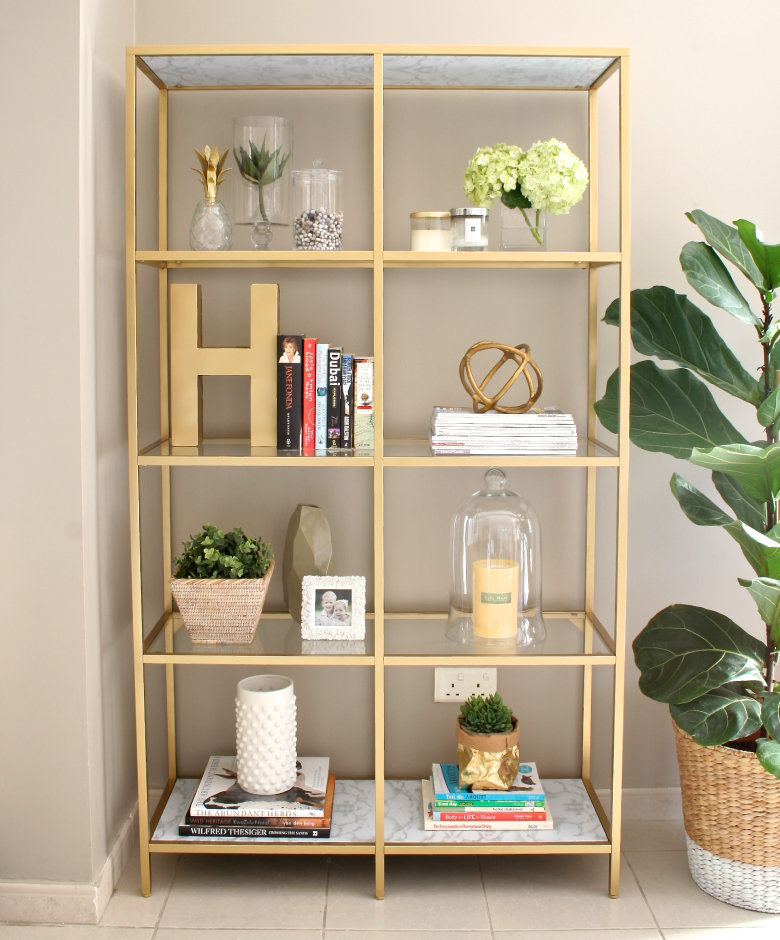 Hello my lovelies. It’s been a while since I talked ‘DIY’, but I have a great little project to share with you today.

So you know how I’ve been going on about ‘lightening and brightening’ things up in my home for, oh, about a year now? I’ve managed to tick a few boxes here and there (like the purchase of my must-have light), but I’m finally making some real progress. The dining room was in need of a serious overhaul – mostly because it was filled with heavy, dark wood pieces and generally lacked charisma and a sense of direction. Well, that is changing. Its not happening as quickly as I would like, but it is well underway. I hope to share the full makeover with you soon, but for now, this DIY is a small part of what’s going on in there.

Despite the fact that I actually love this old bookshelf, it simply wasn’t in keeping with my new direction so it had to go! For its replacement, I was after something that looked a little more refined and less… shall we say… chunky.

I had fallen head-over-heels in love with a beautiful brass bookshelf that I spotted in one of my favorite home stores. Sadly, it cost about three times more than I was planning to spend so I had to reign myself in (very tightly) and walk away, but the seed had been planted and I was on a mission to find something that would give me the look I was now fixated on.

Naturally, I turned to Pinterest and it took all of two minutes to find a fabulous solution to my bookshelf dilemma. It was going to involve a spray paint DIY job. Of the many options, there was one particular bookshelf that looked remarkably similar to the one I’d fallen for. You can imagine my delight when I realized that it was an Ikea gem! I wasted no time in acquiring the lovely VITTSJÖ shelving unit (at the pleasing price of AED 325)…

I’m really pleased with the outcome. And, as always with my DIY projects, it’s super-duper-easy-peasy! The most challenging part was assembling the bookshelf… which I had to do twice. Obviously. This has become standard operating procedure with me and Ikea. All I can say is pay careful attention to those instructions, peeps. It’s tricky business and they are always out to get you.

Once I had the framework put together and spray painted, I had to decide what I wanted to do with the shelves. The three middle shelves are glass but the top and bottom pieces were black veneer, which I didn’t think was going to look great with a coat of gold spray paint. I mean there is no doubt a point at which one is at risk of creating a gold overload. So, I whipped out the old marble contact paper instead. The same one I used to transform my office desk. It gives a lovely contrast to the gold and dare I say I think it even offers an element of sophistication to this modest number.

Its worth mentioning that I used more spray paint than anticipated. It was three full cans in end. It may be because it took me a while to get the knack of spraying properly so there were a few disaster areas which had to be sanded down and redone. The paint is so inexpensive though that you’d rather have too much than too little. I assure you that you will find something to spray with leftover paint. Did you see the big ‘H’ on my new bookshelf? That used to be plain sheet metal. Enough said.

Now to finish off the rest of the dining room in time for Christmas! 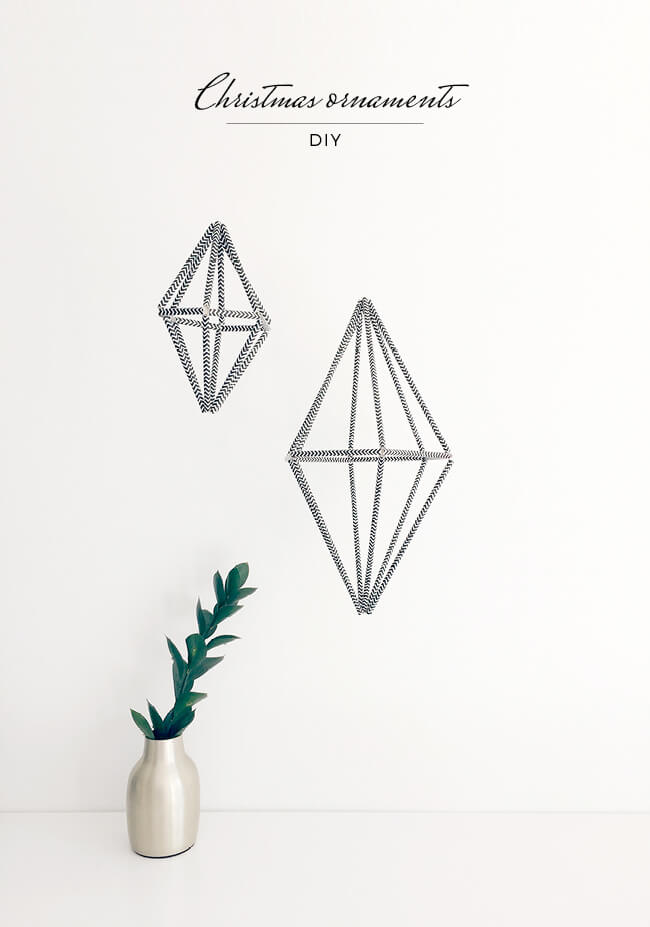 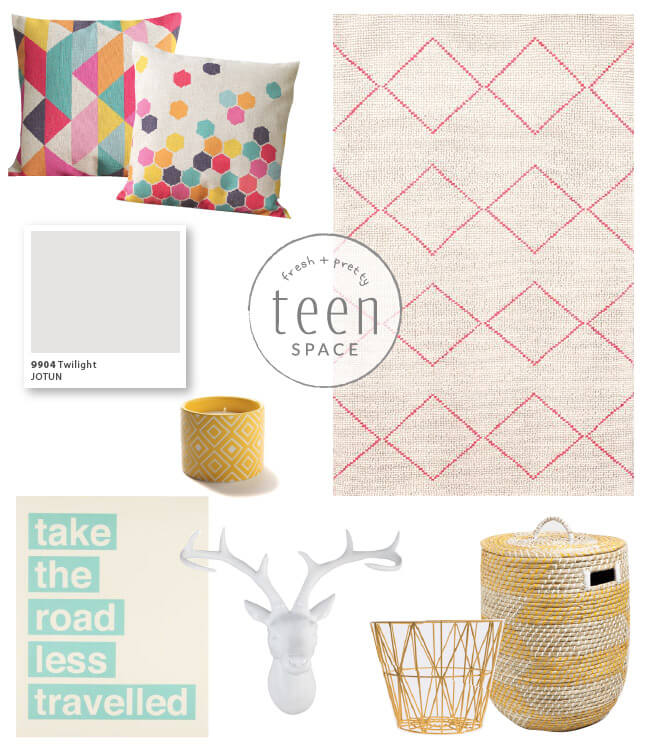 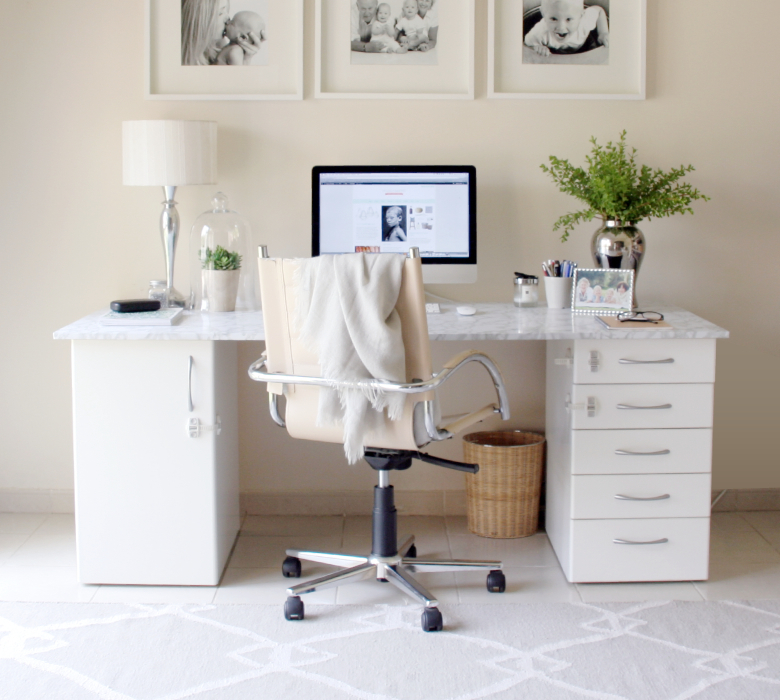